The Muscle Muffle is designed to be an easy to use Muffle that is comprised of three different parts, the 2 outer u shaped muffle pieces, and the center rail which are actually 4 rails. The Muscle Muffle was originally designed to work with a flat miking system which gives a nice low end tone to bass drum, but External miking systems can also be used through a sound port. 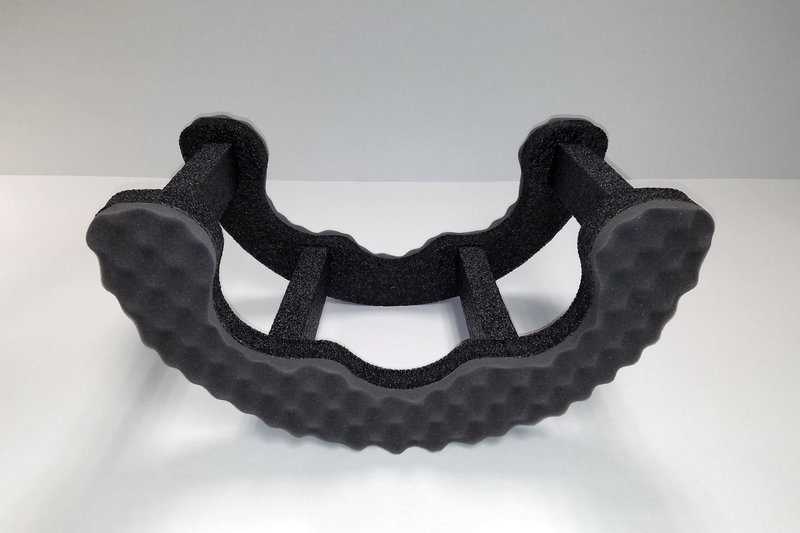 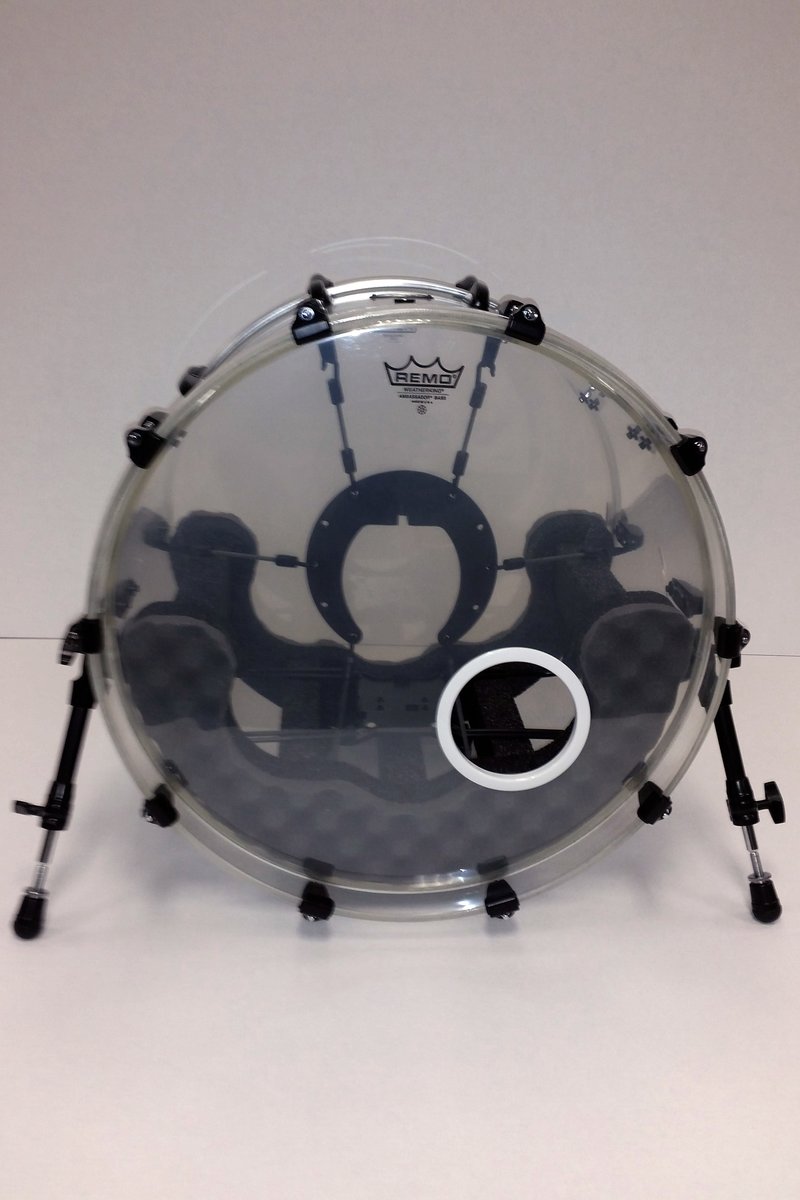 As you can see the Muscle Muffle is capable of being assembled outside of bass drum and inserted, which can be done if there are no internal mics, by removing drum head and inserting into place, and replacing drum head. The MuscleMuffle can be assembled inside the bass drum by removing one of the heads and taking one of the u muffle pieces off, and inserting it through the internal miking system without having to remove it. Then slide the other half into position and fasten it by sliding the rails into slots. When Muffle is assembled in bass drum and centered, you can then re-attach drum head, tune, and you are READY TO ROCK. 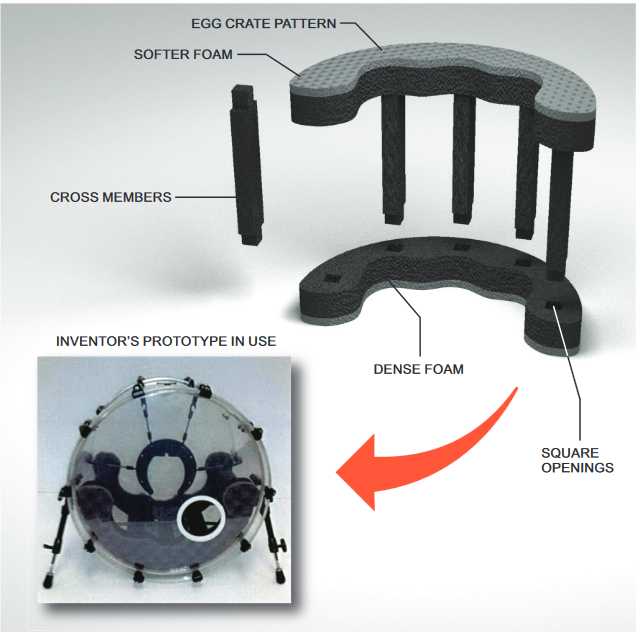